Artists from Peliatan first came to international attention when its gamelan orchestra, Gunung Sari, was invited to perform at the Paris Colonial Exhibition, in 1931. All Peliatan artists — musicians, dancers, painters, and sculptors — created a sensation in the European art community and made Bali well-known as a beautiful and artistic place.

The book “Peliatan Legends; 1993” recounts the next stage in their career: in 1937 the Dutch Colonial Government sponsored a gamelan competition among the best groups, held in an open square in Gianyar, Bali. In this competition Gunung Sari won the first prize and was awarded a plaque and the flag, and each of its members earned an exemption for one year from the dreaded “kerja rodi,” obligatory labor service on the roads. 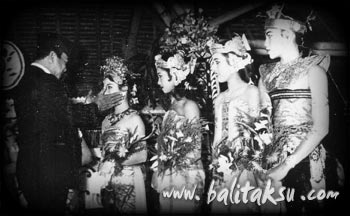 During the 1950s the artistic activities in Peliatan diminished due to the uncertain political situation. In his book, Dancing Out ​​of Bali, John Coast tells how the chief female dancer (janger) from Peliatan was kidnapped by an Ambonese who became the Military Commander in Bali, and he forced her to marry him. When he returned to Java, he was replaced by Islam Salim. The political situation was so unstable that Bali was placed under martial law. But all this did not dampen the intention of the British impresario John Coast to take a group of Balinese gamelan performers abroad. Finally in 1952 John Coast gained the permission of President Sukarno to take the Peliatan group Gunung Sari on a tour to Europe and America.

Subsequently performances were held in Australia, 1971, and in New York and Mexico, 1981. 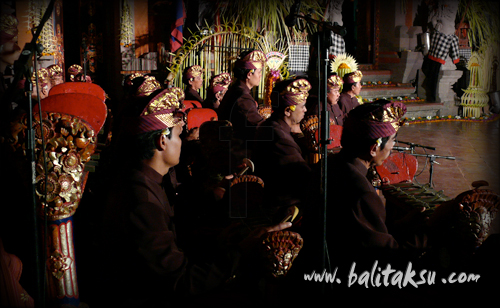 Although the original members of Gunung Sari have retired, their children and grand children continue the tradition, so that the group is still active in preserving the authentic dances of Peliatan. On 26 August 2007, as the opening piece, they performed the classical kebyar instrumental “Kapiraja.” According to John Coast I Made Lebah suggested that this northern Balinese piece be performed as the opening for any performance at that time as well as for presentations on European and American tours.

After the Kapiraja followed the performance of the Gabor dance (Pendet Peliatan), a classic welcome dance, adapted from the sacred dance Pependetan, which is usually performed at the temple during the ceremony. The Gabor was danced by eight dancers from the generations of the 1970’s: Luh Mas, Jero Puspa, Jero Winari, Suryawati Djelantik, Gst Ayu Raka, Nyoman Remini, Dayu Agung Anggraini, and Cok Parmini. 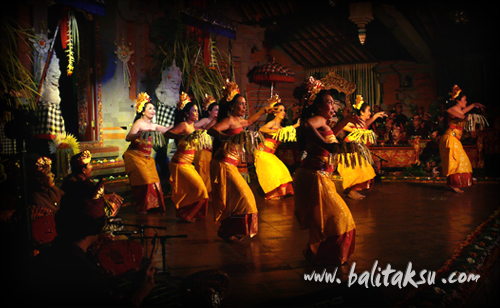 Interestingly, some dancers told me that this dance was made at the request of President Sukarno, to be performed as the opening dance when welcoming guests to the Presidential Palace in Tampaksiring.