As a tribute to Niang Sengog and Gungkak Mandera, their pupils from several generations organized a photo and film exhibition and dance performances, on August 26, 27, 28 and 29 in 2007, located at Peliatan village. 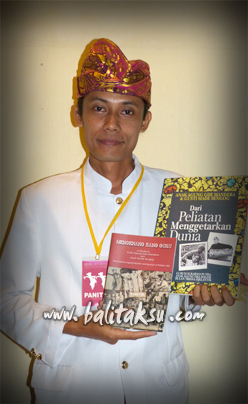 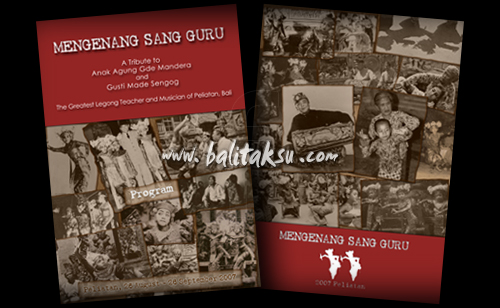 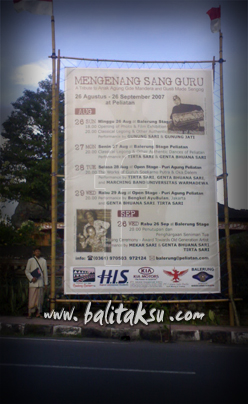 Some dances and instrumental programs above have a very long history because the genius of the composer and choreographer have given them lasting popularity. One example is the “Oleg Tamulilingan” dance created by I Ketut Maria (known as Mario) in 1952 with the composer I Wayan Sukra, from Tabanan Bali, where up to now this dance is still very popular and frequently staged by various groups — children, adolescents, and adults — in various prestigious events.

One feature that makes all these dances live, is “taksu,” a Balinese word meaning aura, or inner power, which they had when danced by the Maestros who were very well known and admired in the world dance of Bali, from the 1950’s to the 1970’s: Gusti Ayu Raka (first dancer of the Bumblebee Dance), Agung Bagus Mandera (son of Agung Mandera), Ayu Bulantrisna Djelantik. Fortunately they are still actively dancing and teaching younger pupils of the Peliatan Legong (Peliatan style). 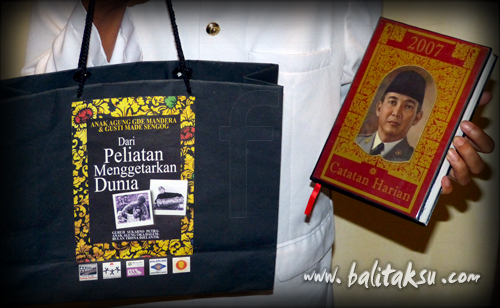 Special Gifts for All Artists and Guests