On the other side of the stage that evening, Gamelan Gunung Jati presented a classical instrumental work in the Semara Pegulingan style. 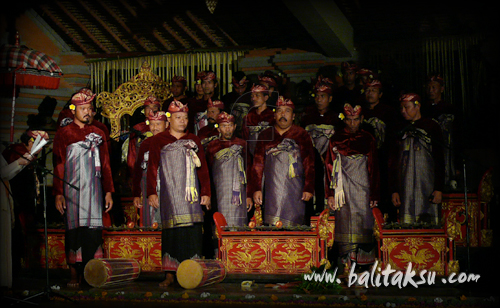 In the year 1970, I Wayan Sudera and the late I Made Gerindem, community leaders, held a meeting to consider their plan to buy a set of gamelan instruments, but Anak Agung Gde Raka Bawa, son of Anak Agung Mandera, suggested that the same gamelan be used again by the Gunung Jati musicians. So the gamelan was brought back to Banjar Teges Kanginan even though some of the instruments were in poor condition. After extensive repairs in 1971, the gamelan could be played again. 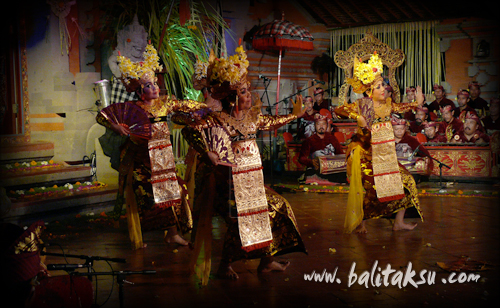 In the evening performance of 26 August, 2007, Sekaa Gong Gunung Jati performed the Tabuh Gambang Kuta, a classical instrumental piece composed by I Wayan Lotring from Kuta. Next came the Legong Kuntir danced by Suasti and Murni. For their last piece they presented the Legong Pelayon with four dancers, Sri Utari, Raka Astuti, Cok Ratih, and Nyoman Sulasih.