The last dance performed by Gunung Sari was the Legong Bapang, danced by Ayu Bulantrisna Djelantik, Desak Putu Widhi, and Kartika. Ayu Bulantrisna Djelantik, familiarly called Gung Ayu Bulan, was a student of Niang Sengog who became a much admired dancer and trainer. In working with her disciples, Bulan consistently maintains the identity of the “Peliatan Style” and introduces them to the teachings that she learned from her Master. 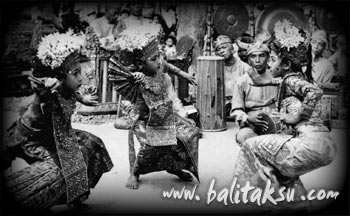 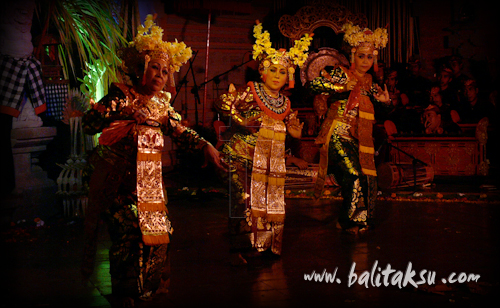 Her Master, Gusti Made Sengog, commonly known as Niang Sengog, is a dance instructor originally from Peliatan. In Dancing Out of Bali she was already mentioned as the teacher of three young dancers who performed the Legong Dance in the United States for the first time in 1952.
She tought for almost five generations, 1950-1970, of Legong Keraton dancers for the Gong Gunung Sari group. Niang Sengog was known as a modest person of few words, but she could be very stern at times. She usually came with her basket of betel leaves and areca nuts. In teaching her pupils Niang Sengog would hold and hug them and use her arms and her whole body to guide them until she felt they were perfect. While teaching she was always accompanied by Anak Agung Mandera, known as Gungkak Mandera who sang the dance melody and played the drum (kendang). Niang Sengog enriched the quality of “pelegongan” in Bali.

Of course, we wonder, what exactly “Peliatan style” is?

According to Ayu Bulantrisna Djelantik as quoted from her article on the anatomy of Peliatan Legong, Peliatan style tends to full dynamic vibration and strength with the body curved and leaning forward and with the chin up. She says moreover that in her experience as a student of Niang Sengog from 1956 to 1965, she stressed some peculiar movements, such as arching, interlocking, lifting, stumbling, and vibrating.