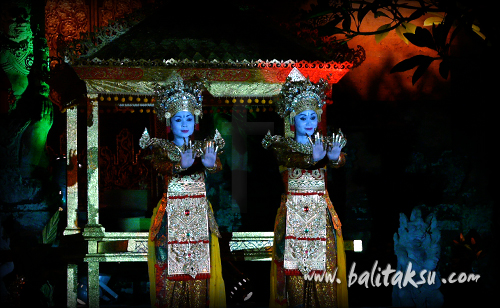 This was a special evening of new creation dances and collaboration performances. Unlike the previous performances held at Balerung Stage, this third performance was held an open stage at Puri Agung Peliatan Palace, with the program “The Works of Guruh Sukarno Putra”. This choreographer, also a disciple of Agung Mandera, created two Legong Dances in the Peliatan style that were performed in this event. 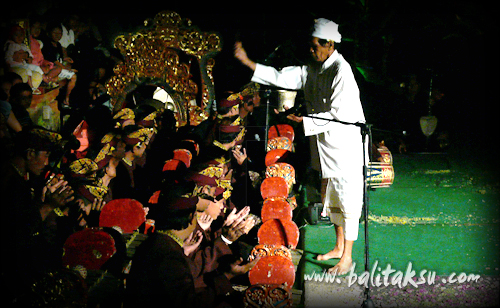 The “Legong Untung Surapati,” created in 1982, tells of the struggle against the Dutch colonialists by the National Hero Untung Surapati. Another dance was the Legong Sri Sedana, a new composition specially choreographed for this event. This dance describes the Goddess Sri and God Sedana, who descended from heaven to provide an abundance of prosperity and fertility of crops, especially rice, the staple food, to the people on earth.

Besides those two Legongs, Lambang Sari was performed as the opening dance, and it was followed by various modern dances. 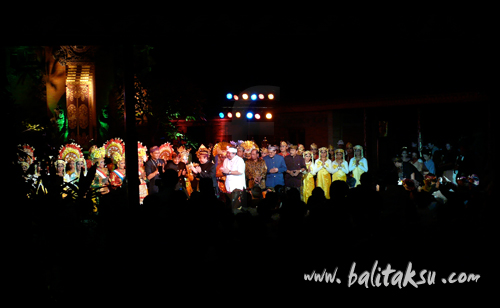