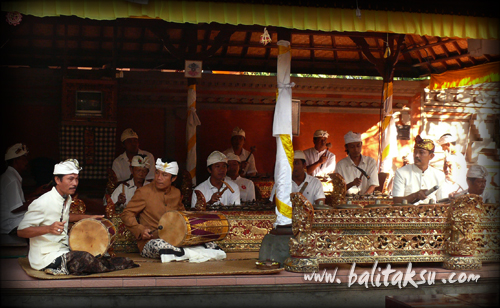 The Penyineban ceremony which also called Nyimpen is a closing ceremony of temple festival. This time on the Nyimpen ceremony of Pura Dalem Gede Peliatan, the Sekaa Gong Gurnita Sari Banjar Kalah had a turn to ngayah.

Early in the morning the atmosphere was quiet, yet there were no people come to pray. However, as a form of offering, the gamelan was began to play.

Sacred art in Bali is kind of offering to the gods and not to people (the audience). The sacred dance and gamelan are played facing toward the holy direction (north, east, or northeast). 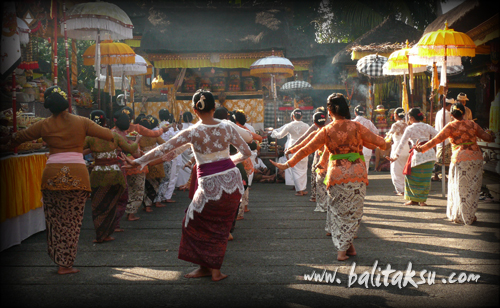 Increasingly it was getting crowded to the day time. The people came. The ceremony was began with a sacred dance Pependetan by ladies and some priest’s wives (women).

After the Pependetan and praying, as the last series of Nyimpen ceremonies, it was held the Ngiring nyimpen with a parade around the temple with some offering materials such as as traditional umbrellas, flags, 9 weapons of the gods, bebandrangan, Canang Rebong and others. 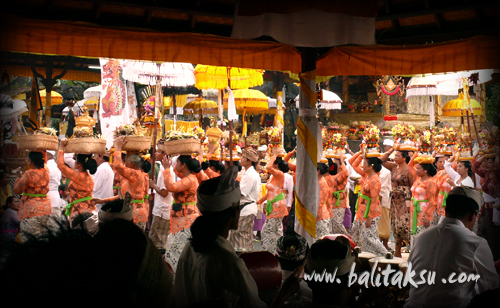 These pictures were just a few of the various series of Nyimpen ceremony that day. 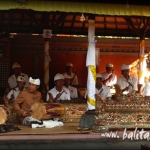 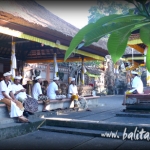 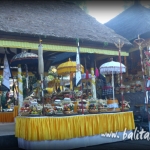 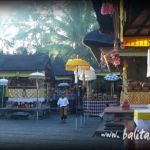 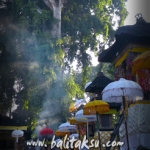 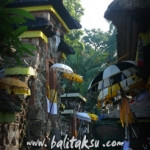 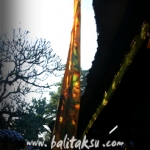 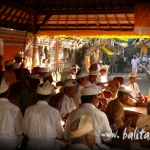 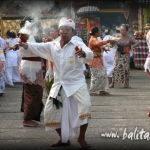 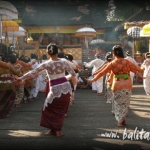 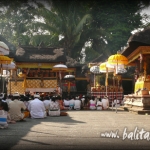 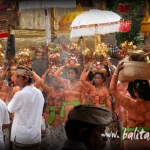 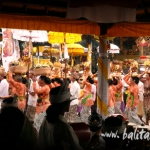 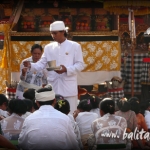 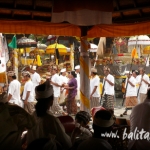 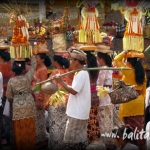