Girls Gamelan group of Tunas Maragawi performed gamelan instrumentals and Pependetan during Manis Odalan at Gunung Sari Temple, Peliatan Village.
This time we were also got a help from Mr. Made Sukanda as the Kendang player. 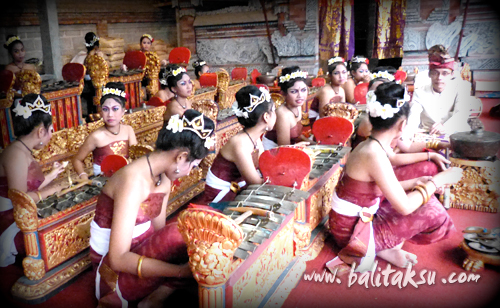 This set of Gunung Sari’s gamelan instruments was also called “Gong Gede”. We were so glad and grateful can play gamelan with this Gong Gede. 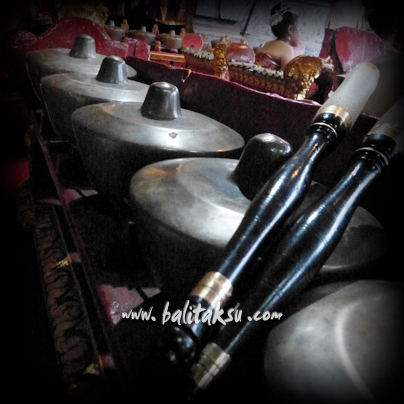 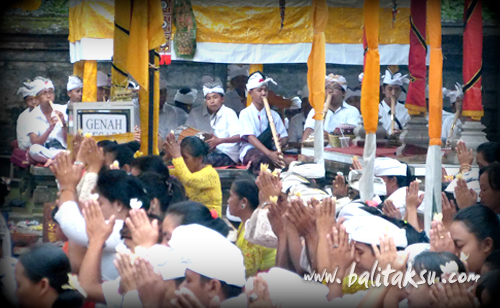 In the center area of the temple, the Group of Gong Suling Kawi Suara was also playing Lelambatan instrumentals.

Recently our ngayah activities were always coincide with Sekaa Kawi Suara, such a big group of girls and boys performing gamelan together. 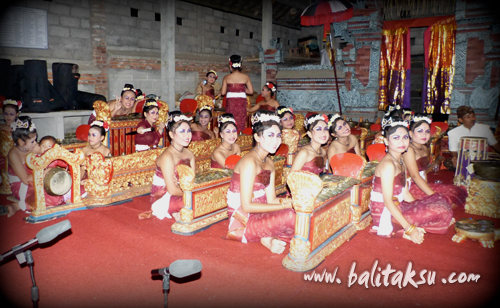