The girls gamelan group Sri Padma performed at Pura Agung Peliatan on the day before Nyepi. 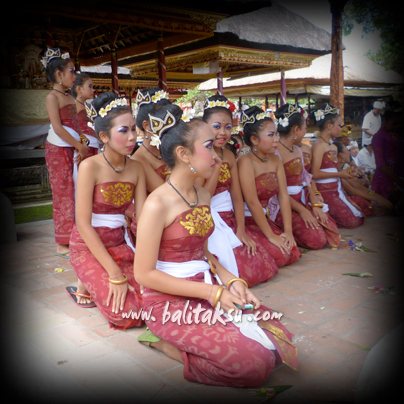 After the Performance, pray for all

Tilem Kesanga, the new moon, the day before the Nyepi holiday, is most known as the day of “Ogoh-ogoh” which carried out in the evening (Pengerupukan). But there are also several other ceremonies that held before Nyepi celebration, cleansing rituals such as the Melasti ceremony, and the Tawur Agung.

On March 20th, 2015 the Sri Padma played gamelan at Pura Agung Peliatan to welcome the rituals and people from the Melasti ceremony to the beach. 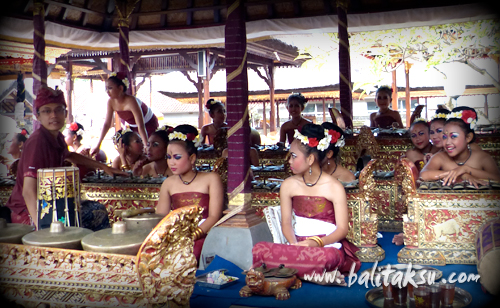 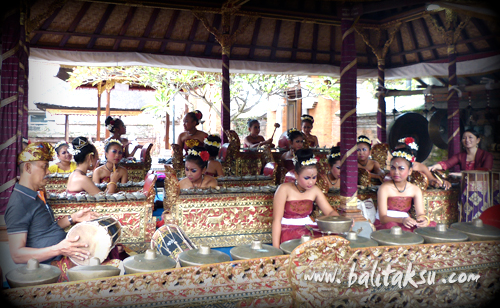 Mr. Made Sukanda (left) who always help us play the drum 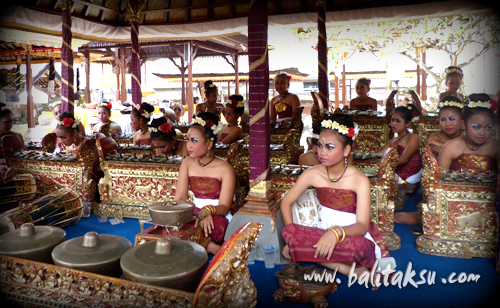 Get Ready to start. Here we go! 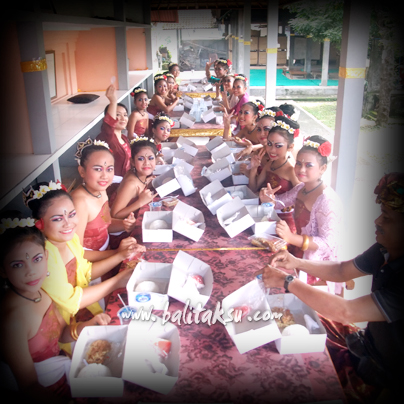 Special meals (pica) from the temple are served to the performers.
Nice and yummy having it together with friends!