Sri Padma was invited to perform on K’s 5th birthday party, from Singapore. 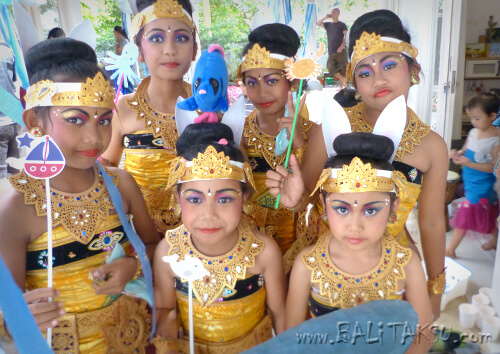 We danced the rabbit dance “Tari Kelinci”, and we brought six girls to participate in the party. 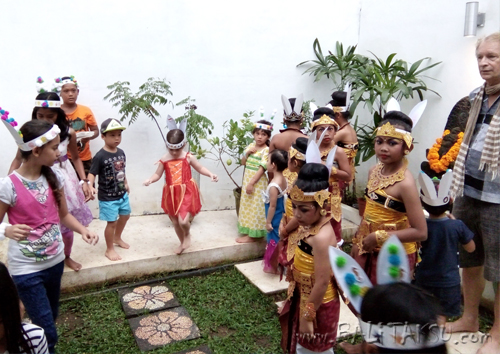 kadek ferry ( f ) planned that all K’s friends who attended the party could join to play and dance, so as a handcraft activity they’d made together their own “rabbit ears”.
We prepared this rabbit ears materials in the same frame base. We made feathers too. The children put beads, color, and some other decoration by their own. 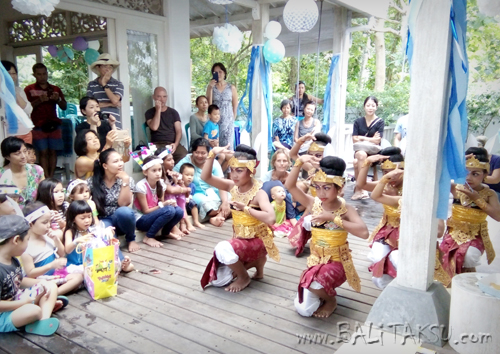 After Sri Padma’s students performed the rabbit dance, all other children and audiences were invited to joined and danced together as rabbits. So cute! 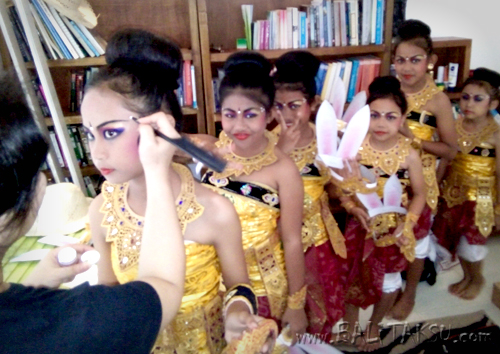 Our group do not have rabbit dance costumes, so I decided it instantly, but we could see it as a good rabbit with ears (???)