After the Pendet dance, Legong Lasem was performed in its special “Peliatan style,” as taught by Niang Sengog. Gusti Ayu Raka danced the condong (maid servant), and the two Legongs were Arimas and Cok Ratu. Besides being the first dancer who performed the Oleg Tambulilingan dance, Gusti Ayu Raka was the condong dancer during the 1952 tour of Europe and America. 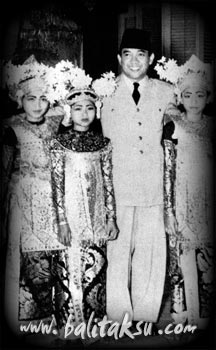 It was a great chance for me to see Gusti Ayu Raka dance the condong in the evening show of “Mengenang Sang Guru”, 26 August 2007. I was sure that the other viewers felt the same, as they expected to see the taksu of the Gunung Sari group, which had also accompanied her when she danced at twelve years old. 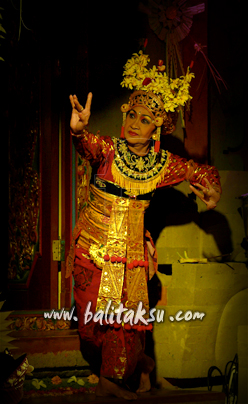