The gamelan arrangement of the opening scene before was adapted from “Nocturne” by Colin McPhee, a western musician who lived in Bali and wrote a book about his experiences called A House in Bali. 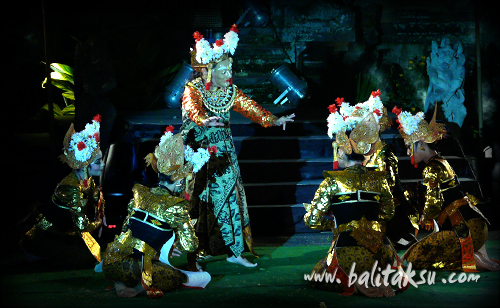 The Legong Mintaraga was the last dance performed on that evening. All the audiences were really enthusiastic and showed much appreciation.

What an experience for me, as one the musicians from the younger generation who had the opportunity to play gamelan accompanying these great dancers. My hope, and perhaps the hope of most of my fellow young musicians, is that all generations will keep alive the authentic Peliatan style, as A Tribute to Anak Agung Gde Mandera and Gusti Made Sengog, our greatest Gurus!