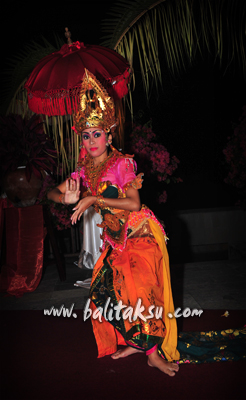 For a special purpose we created a dance work in a new concept “The Story of Princess Rangkesari”. The idea is based on The Legong Kraton. 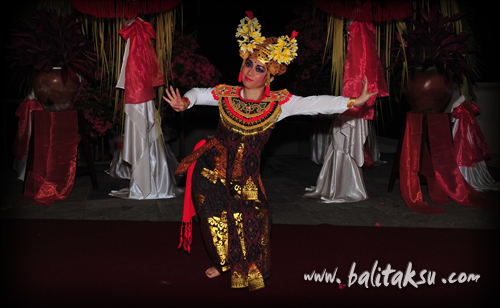 In July 2011 this work several times had performed in a hotel in Ubud. The main objective of these performances was to make a video documentation that would be sent to the event committee of a Cultural Performance (November 2011) in a foreign country, “a charity event to help children of Indonesia”. 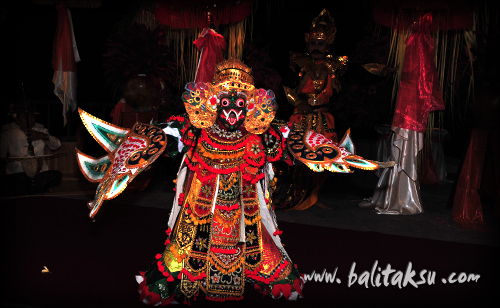 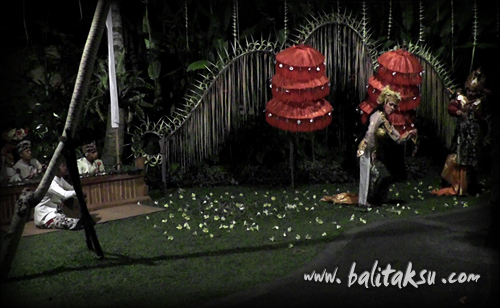 old version, once we use these costumes, but now must be replaced because the dance performance concept has been replicate

So,, we can not continue our preliminary purpose which will feature this work in that charity event, and therefore was not a work with the original concept anymore. 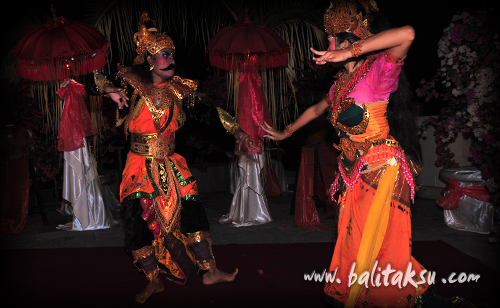 King Lasem & Princess Rangkesari,
after we change the costumes,,, not classic anymore

As it goes now we perform this work “The Story of Princess Rangkesari” in another hotel in Ubud. And next year we will create another new work again with the other original concept.
Our regards,,