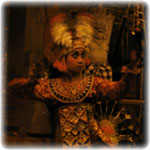 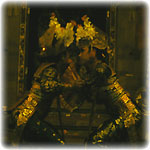 A classic dance telling the story of King Lasem who fell in love with the Princess Rangkesari of Daha kingdom. King Lasem abducted her and wanted her as his wife. However, it appeared that Rangkesari wanted nothing to do with him. The King of Daha, who was Rangkesari’s older brother, declared war on King Lasem. On his way there, the King of Lasem’s horse fell and at that moment a fierce bird swooped down and attacked the king. This was an omen that King Lasem would die in battle. Ignoring this omen, King Lasem went into battle and was killed, and the princess Rangkesari returned to Daha with her brother.

In the dance you will first see the Condong or maidsevant who does a solo abstract dance. Then the two Legong dancers appear and dance in unison.

When the story begins, they split up and the one downstage becomes the princess Rangkesari and the upstage one becomes King Lasem. The scene that ensure is one of spurned seduction. The Princess goes offstage. The next scene in this versos of the dance, show the encounter between King Lasem and the bird of ill omen. 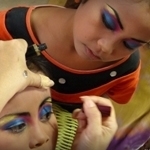 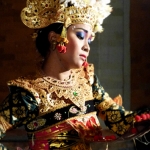 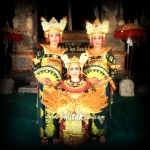 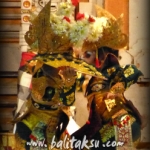 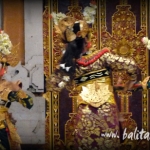 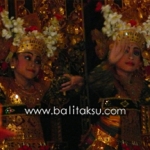 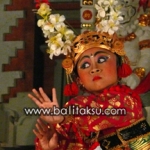