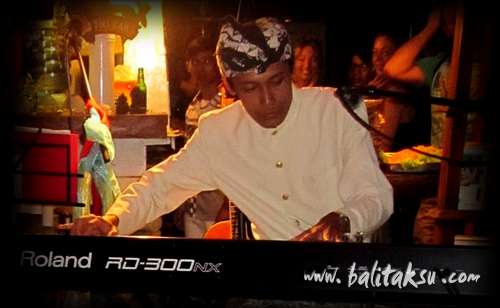 Music video “The Bubble” was launched some time ago in Delicious Onion cafe, Ubud. In this event all artists who involved in the video also performed their own performances.. 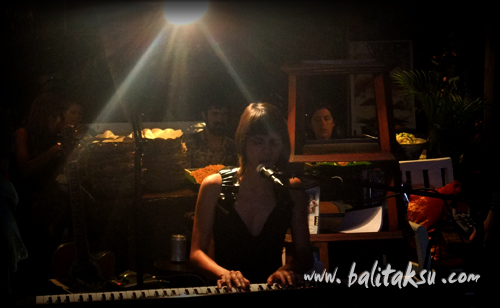 This time the group of Gong Sang LAH SUN performed in small formation which consisted of two dancers and two musicians. Besides dance, they also performed a piece of instrumental work with Rebab instrument and bamboo flute. 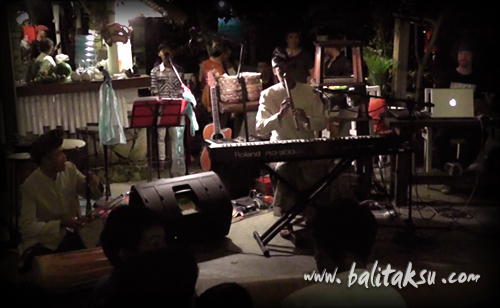 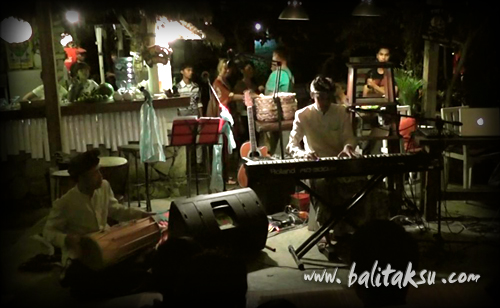 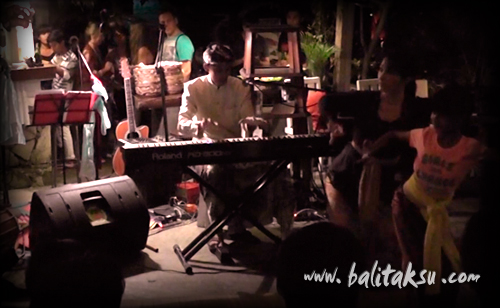 m and putri dancing with Gong-Sang-LAH-SUN. 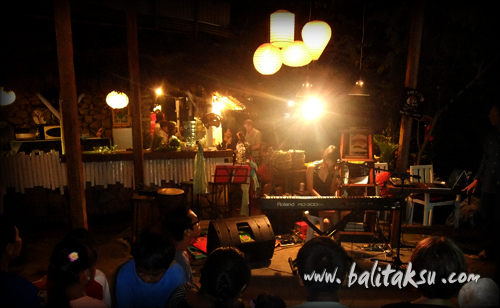 How wonderful moments! Thank you Usi ES, and also for the delicious foods @Delicious Onion 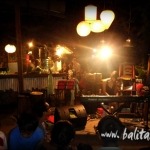 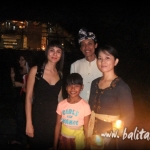 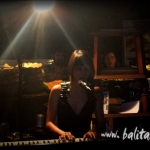 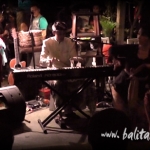 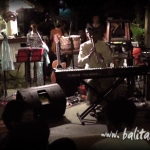 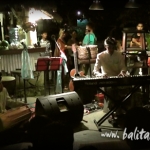 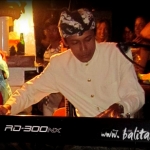