Legong Kupu-Kupu Carum (Legong of Butterfly). The beauty of butterflies is reflected in this Legong dance. Full of meaning, like when the cocoon to become a butterfly with gentle movements. This dance is a classic Legong dance. It is different from creation dances which its story more easily to be understood, but the Legong Kupu-Kupu Carum dance is a dance which still using typical movements of Pelegongan in their abstract movements. 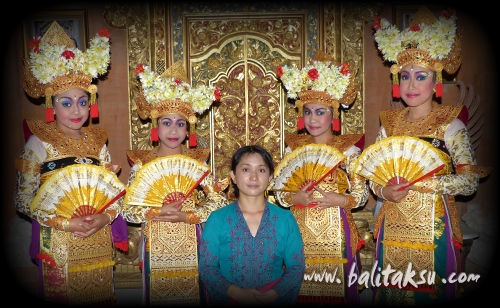 Legong Kupu-Kupu Carum originated from the village of Bedulu and came to another area like Teges Kanginan. Although it is very rarely to perform but we can still find this Legong. Some days ago when odalan at temple in Banjar Kalah, Peliatan, the children of Banjar Kalah – Tunas Maragawi performed this Legong.

It was all begun with some talks with Ibu Bulantrisna Djelantik, a senior Legong dancer and Maestro. She liked this Legong, and was one of her favorite Legong. Ibu Bulan often performs this Legong dance in various art events. She has a gamelan audio recordings of this Legong, but the sound quality was not so good. She planned to make a new sound recording of this dance with a gamelan group in Bedulu village.

After we contacted the gamelan group, we were not so lucky. Their gamelan musicians were been very busy and didn’t have enough time to prepare this Legong accompaniments in the short time of three days. We had the same condition with the group of Teges too. Then this recording was finally postponed.

A few days later Ibu Bulantrisna Djelantik visited f studio. We were pleased to be visited by a senior dancer. At f studio Ibu Bulan with m (mayumi) were really enjoyed talking about Legong. Here she expressed her idea that she wanted this Legong Kupu-Kupu Carum to be danced also in Peliatan. In f studio Ibu Bulantrisna rehearsed this dance with m and taught some typical movements of this Legong to m . The rehearsal was so alive and fun. 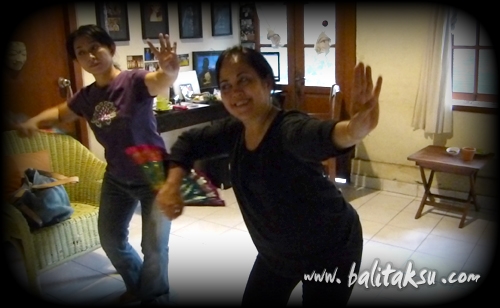 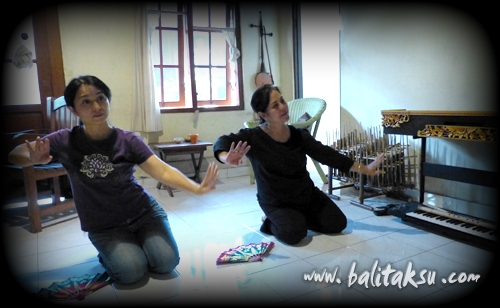 Until late afternoon we finally decided to ask the Sekaa Gong Semara Pegulingan Dewi Sri, the group where f and m joined, to play this dance accompaniment in the next time.

A few days later we got a good support from the leader of Dewi Sri group, Mr. I Made Sukanda, as a form of classical Legong dance preservation. The gamelan musicians started rehearse just after that. They practiced gradually starting from the pepeson, pengawak, pengecet, until pekaad, assisted by m to get the angsel and dance composition. 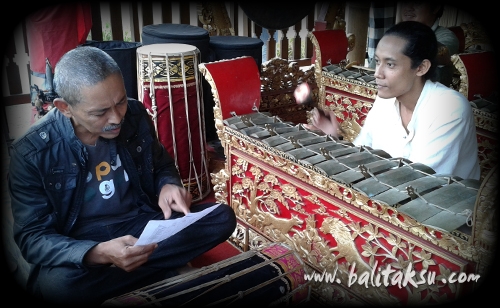 Mr. I Made Sukanda and f

In addition to rehearsing with Dewi Sri group, simultaneously on the other time m also trained the children to dance this Legong in f studio. They were the second generation of m ‘s students. m was hoping that they can quickly memorize the Legong movement and soon could join exercise (meadungan) with the gamelan.. 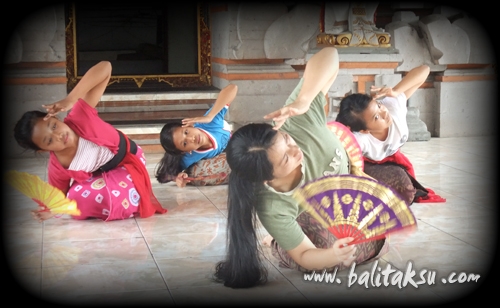 Finally, for the first time for the children, and also for Dewi Sri gamelan group, the Legong Kupu-kupu Carum was successfully performed during odalan at temple in Banjar Kalah Peliatan on 28 September 2013.

Due to the short preparation, the result might was not so good. But we were very grateful that this Legong Kupu-Kupu Carum was started to be performed at Peliatan by the children of Banjar Kalah. After odalan Ibu Bulantrisna Djelantik planed to give advise and training to m ‘s disciples, about the slow movements, face expressions, and the movement with a half-closed eyes. Indeed these movements were quite unique, which was one of the typical movement of this Legong. 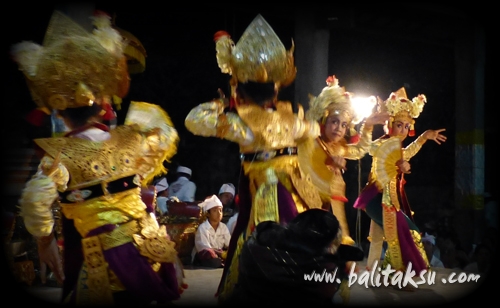 “I am so glad this idea became a reality. We have been running dance revitalization”

This was said by Ibu Bulantrisna Djelantik after knowing the Legong Kupu-kupu Carum had already performed by the children of Banjar Kalah Peliatan. We were getting more motivated, so grateful, and hopes that these children can improve their skills and get another chances to perform this dance as an effort of classical Legong dance preservation. 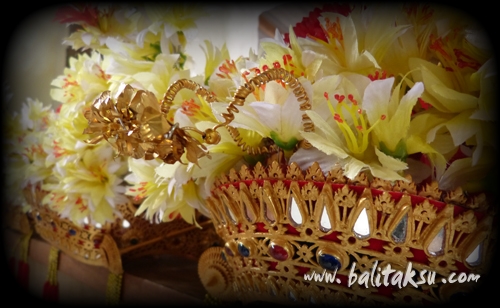