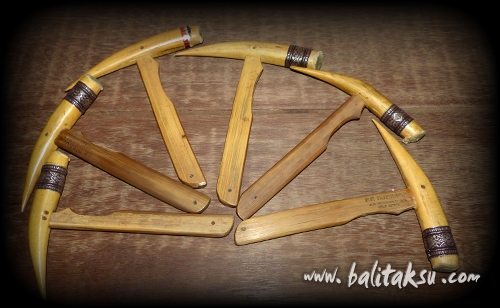 The head of the panggul is generally made ​​of Kemuning wood. This kind of wood is chosen because of its fibers are stronger and also when hit on gamelan, producing a clear sound. In addition to its durability and sound, this wood is also has an ideal weight.

The panggul that purchased from panggul maker are generally filled with a red, black, and silver or gold striped ribbon. See from the photo above! Third from the left is the common panggul on its decoration.

f is used to play gamelan, so he easily understands the panggul he often used, by its look, weight, and the abah. However m has only been playing gamelan with group Gong PKK for four years, so she often got confused to recognize her own panggul. It happens sometimes that her panggul was swapped to other player in that group.

There is an interesting story here. Because most of the panggul are similar, as a marker, the ladies gamelan musicians in this woman gamelan group wrote their own name on the handle of the panggul. Some were carved. Wow..! 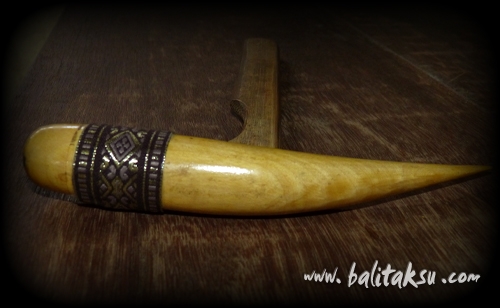 m also wanted to put a mark on her own panggul. She had an idea to decorate it with a ribbon patterned fabric. Look at the photo above! Pretty good right? She decorated also almost all pangguls in her house, like on the photo above. All pangguls look cool now!! 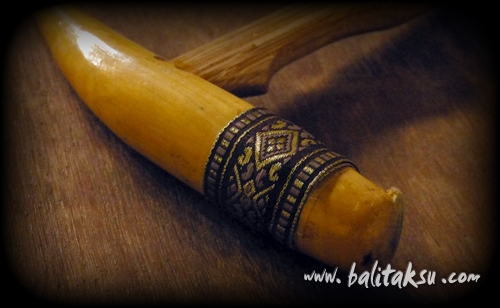 Oh no,, now m got confused again of which panggul that she often used!! Well then, on the panggul will be painted a sign “♥” Sweet ..