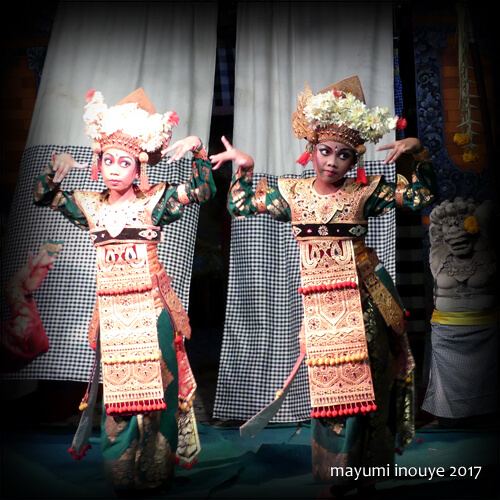 Not only debut for dancers, but also for musicians. Since last month f trained gamelan accompaniment of Legong Lasem dance to the youth gamelan group. And this performance was their first time performing gamelan to accompany the Legong Lasem dance.

The Condong dancer was a brave little girl. A year before when she was in Kindergarten age she was also dancing accompanied by girls gamelan group of Sri Padma.

And this performance was their first performance in a Legong Lasem legong team. They looked nervous. 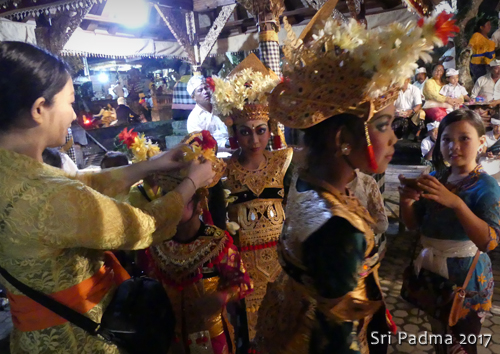 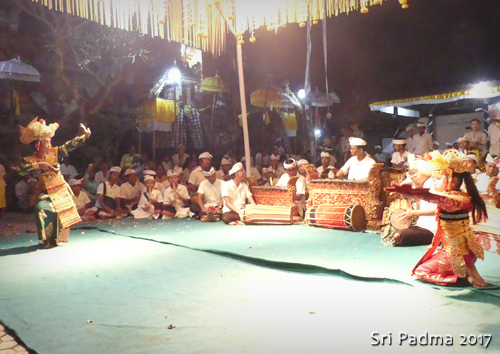 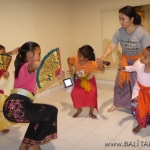 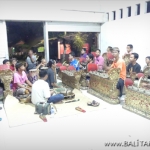 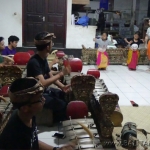 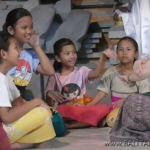 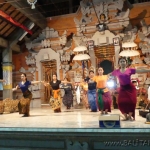 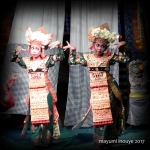 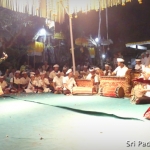 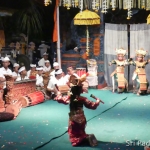 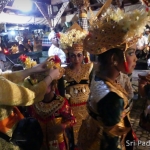 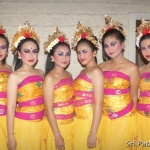 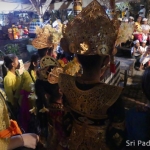 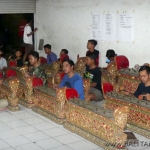