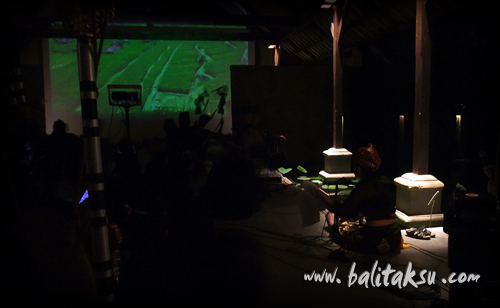 As its progress, the Wayang Kulit continues to grow as the creativity of the artists and modify it in a new show.

At this performance m played as a Japanese translator. It was hard! 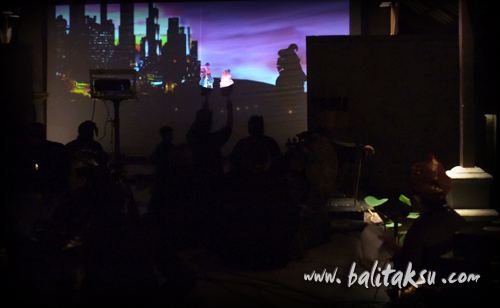 Thank you! Matur Suksma! How wonderful experience it was, and never been obtained before.

I Made Sidia S.SP was born in 1967, in Banjar Bona Kelod, Belah Batuh Gianyar, Bali. He is a shadow puppet master and also the leader of Sanggar Paripurna, Bona. In his artistic journey he collaborated with international artists and often performed in various countries. I Made Sidia is also known as famous theater Artistic Designer of the “BALI AGUNG.”