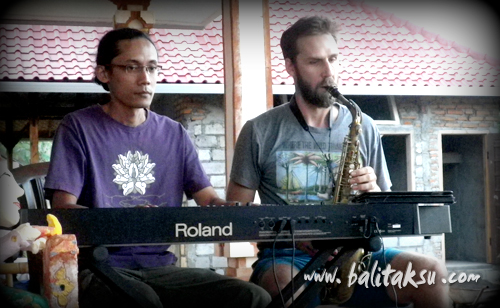 This was the Polosseni Group music rehearsal some time ago. We played Balinese song instrumentals collaborated with a Saxophonist from Australia, Willow Neilson.

This instrument was brought to make song notation. In the making of this notation f was asked to play the song (gamelan melodies), not with gamelan but with this Keystation. When we played it, the sound was automatically recorded into the computer and writing its Notation in digital music sheet. 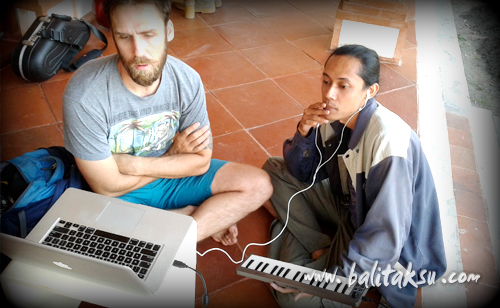 Most Balinese songs are indeed have no musical notation (music sheet). For some professionals, the music notation is needed so that they can quickly and easily learn the song, especially for the songs that they hadn’t been heard before.

This rehearsal was running very well. Willow Neilson played the Balinese songs with his Saxophone. How beautiful sound!