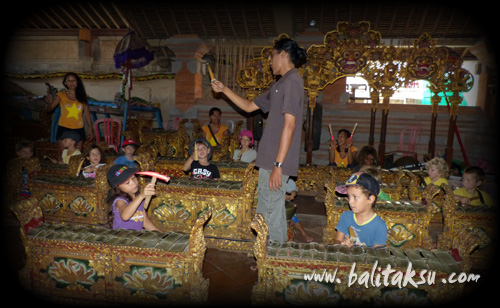 For their first time, the children were introduced to Balinese gamelan instruments. They seemed so joyful playing this gamelan directly with a simple basic technique.

In addition to playing gamelan, they loved to listen stories. Here f told them a story of Barong Landung, a folk tale about culture acculturation of Bali and China. There was a pair of Barong Landung in Balerung Stage. They were husband and wife. The man was the manifestation symbol of King Jaya Pangus and the women was the manifestation symbol of a Chinese merchant’s daughter named Kang Ching Wie. 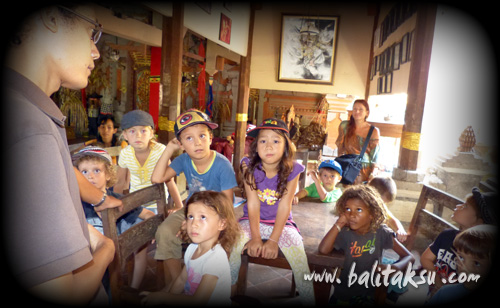 listening the story of Barong Landung

During the story telling, the children were listening seriously and also active asking. A cute little child asked f a simple question. “Pak Kadek Ferry, who brought them here? And why are they here now?” Hahaha,, it seemed that f lost all his words to answer. 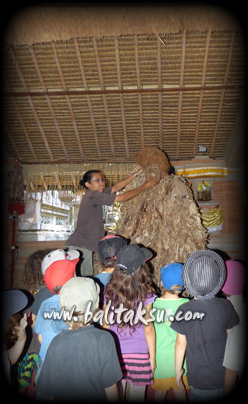 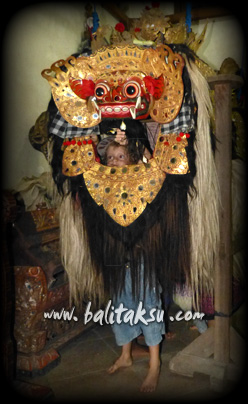 Barong Ket. Hahaha,, this boy was very interested in this Barong. He didn’t want to come out of the Barong. He wanted to dance. But it was very heavy.

Barong Ket usually danced by adults. Weighing up to 30 kg. Wow, can you imagine dancing on this heavy weight? 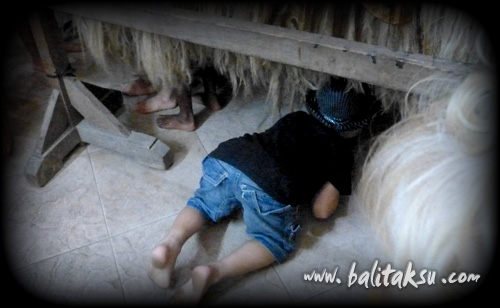 We thank to Gungde Oka Dalem – Balerung Stage, of a good chance that given to the Spring children to learn Balinese culture. 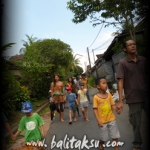 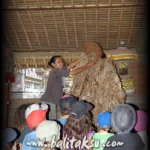 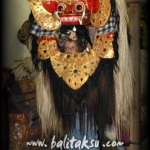 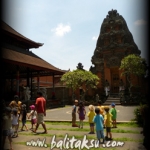 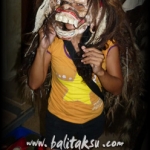 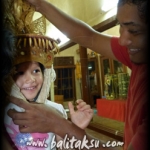 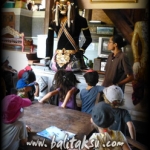 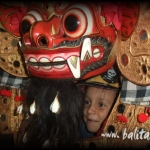 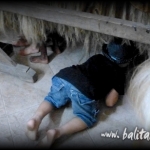 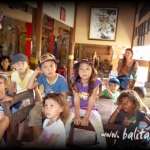 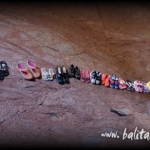 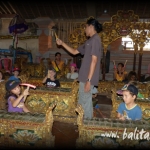 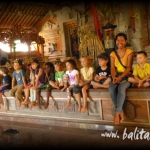 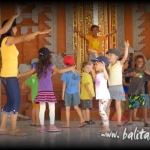