In July 2012, through a friend, Eka Partama, we were introduced to an Australian writer, Nell Jones. She is the author of novel “The Lost Sister of Groningen”. In talks, we were planning an event of Art Exhibition and Book Launch in Ubud, where this time she would launch her book of poetry “The Sky is My Religion”.

(This event was broadcasted by Bali TV in March 2013, on a culture program “Ruang Perupa”) 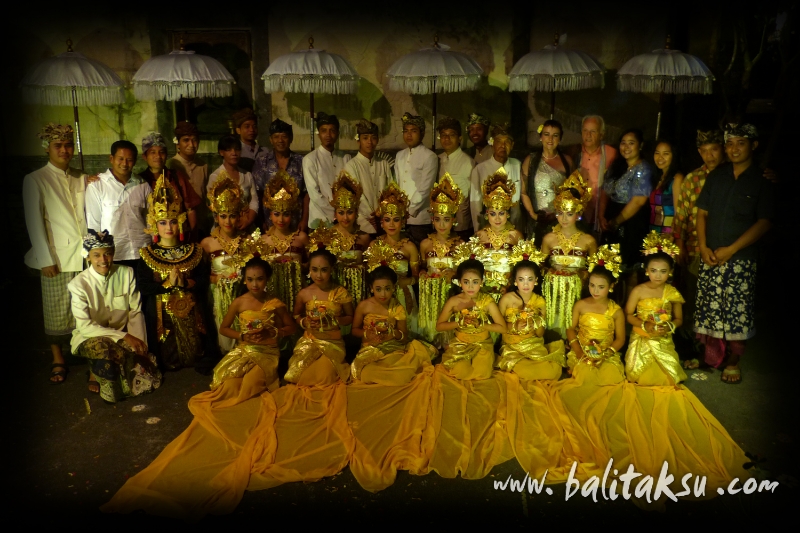 Of this plan, I Wayan Meja, a painter and who also one of the initiator of the event brought together a number of other painting artists, sculptors, musician, and choreographer. They were Gusti Putu Suteja (painter), Nell Jones (writer), Eka Partama (painter), I Wayan Wina (sculptor), Agus Astradi (graphic designer), Mega Sari (painter), Mayumi Inouye (dancer & choreographer) and Kadek Ferry (musician). And from the support of Gusti Putu Suteja, the meeting was held at Dewangga Gallery, the place where the event would take place.

From the meeting, it was agreed that the event would be held in a month in October, 2012, and the Grand Opening on October 4th, 2012. With the event tittle “Dancing Under The Sky”.
All artists began preparing their works. Other artists who also participated in this event were Malcolm Jones (painter), and Margie Beale.

In accordance with the theme and concept of the event, we ( f & m ) were entrusted to prepare a Production of the Grand Opening, from the opening ceremony, dance performances, music, gamelan, and poetry performance. Special on the dance performance we set up a new work, consisting of a Welcome Dance choreographed by Mayumi Inoue ( m ), with the accompaniment of gamelan Gegenderan and a Solo Piano and flute music that I ( f ) arranged. This show is a unity, beginning with a parade procession by all artists and a welcome dance “Dancing Under The Sky” and Dance & Poetry Performance “The Sky is Broken” by Nell Jones.

On the other side as part of the ceremonial, also featured 7 beautiful young children, welcoming on the steps “Stairway to the Sky”, to the Gallery exhibit, with a special costume design by Mayumi Inoue ( m ).

Grand Opening “Dancing Under the Sky” opened by Libby Hathorn – a writer from Australia, who is also Australia National Ambassador for Reading 2012. Libby Hathorn and Nell Jones declared open exhibition by playing the Kul-Kul (Balinese wooden bell), in artistic Balinese way, followed with a playing of Bali Bamboo percussion by all musicians. 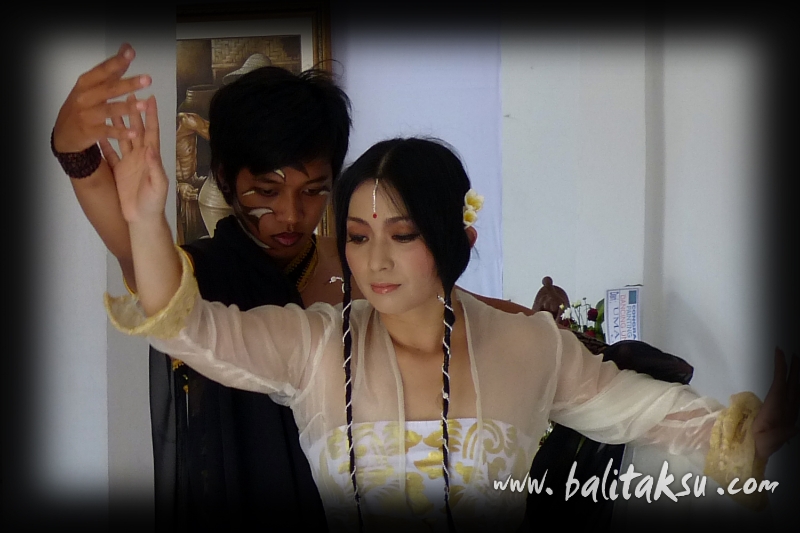 After the Grand Opening 4th October, on the next days October 6 to 8, every day at 2 pm and 6 pm, also conducted Dance & Poetry Performance by Nell Jones, Mayumi Inoue and Ade, performed in the gallery and on the front area of Dewangga Gallery, Ubud.

Be grateful for the Grand Opening and performances went well, and our gratitude to all those involved, all Bali Artists, and good friends from Australia.
“Dancing Under The Sky” 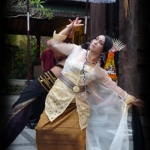 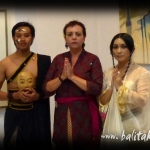 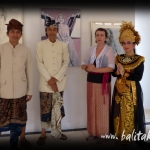 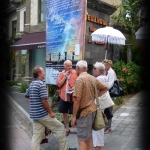 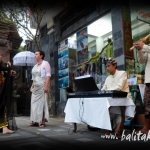 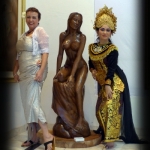 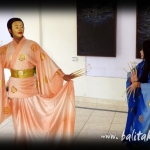 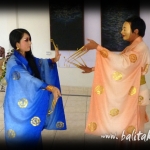 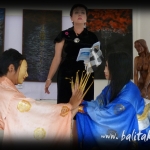 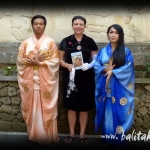