Semara a god of love and passion, is a son of Siva (an Indian god of destruction and dance). First coming on the stage are Semara and his new bride Ratih, a goddess of moon.
Ratih dancer retreats to the backstage for one moment and appears again putting on the mask of shedevil, Rangda. 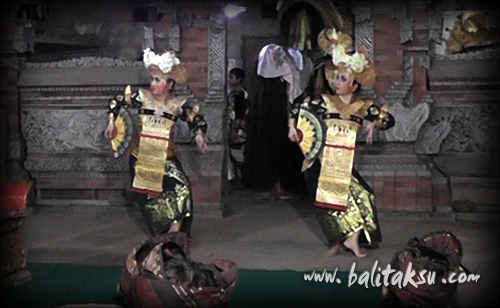 Then the story begins. Once, one of Raksasa (starved, beast-like giant tribes interior to man, with inborn power of demon), named Nilaludraka, was anxious to acquire the power to control this world and was practising meditation.

Siva descending onto this earthly world, was so impressed with his enthusiasm that she gave him the mighty power, which could ever be over come neither by gods nor man, except Siva and half animal monsters. Never experiencing any defeat, Nilaludraka continued challenging battles one after another, until there was none left in heaven and on earth any more to compete with. All gods were flustered. 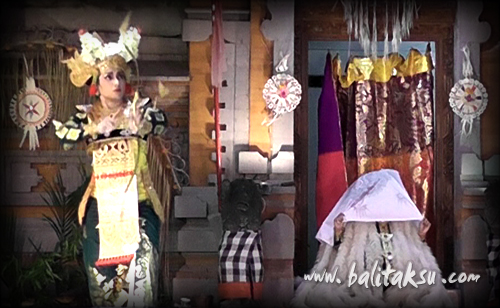 Unfortunately, Siva was devoted to meditation at the top of the Himalayas. No one could approach him, because his wrath may turn any one to ashes at once.

Gods gathered and conceived a plan to send the son of Siva, Semara, to the Himalayas as their envoy. Semara, in spite of his new bridge Ratih’s strong opposition, resolutely departed and Ratih followed him with tears.
As they approach the Himalayas, the meditation of Siva was apparently disturbed.
With rage, Siva laid Semara, Ratih and all in ashes in a moment.

Opening his eyes from meditation, Siva faced squarely to the death of his son and wife.
Lamenting for their unexpected death, Siva scattered the ashes all over the world (thanks to this, it is said, man has love in his hearth).

Encouraged by love of Semara, Siva and his wife Parwati got a child, half-animal monster, who would conquer Nilaludraka.

For this "Legong Semarandana Dance", please read the following explanation. 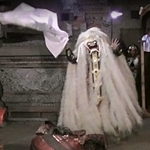 Peliatan village since the 1920s has bee…
read more >>