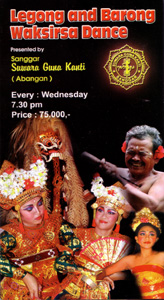 This dance is similar to the “Pendet Dance” and has only been recently included in the Legong performed it
is actually a religious dance performed at temple ceremonies by male and female “Pemangku”(Priest) women and young girl.
While dancing the take the offering to the different shirnenes in the temple.
In the Legong performance this dance is done by two or more girl everyone of them hold a silver bowl of flower.
The girl make praying gestures and forward to the end of the dance they throw the flower to the audience.
This means to pay homage to the public and bless them at same time.

Topeng Tua is one of the famous Topeng Dance performances.
Topeng Tua is a solo performer dons the mask of very old man and through his physical movement portrays the thoughts, emotions, and feelings of the character.
In other variants, a troupe may portray a number of different characters.
The topeng dance are not commonly held for tourist, but are performed as part of other cultural(ritual) events such as religious ceremony.

This Legong is based on an event of the 12th or 13th century.
The first character is Condong a lady of the court.
She is joined by prince Lasem and princes Rangkesari of Daha.
The story begin when the Condong leaves.
Lasem has abduted Rangkesari.
She weeps, when he pleads for her love she reject him, having learned that her fiance.
The crown prince Kauripan his coming to her rescue.
Rangkesari urges Lasem to set her free, but he would rather fight the crown prince then releace her, on the this way to confront the prince he encounters birds of women, he kills the subsequent.

Telling about the God Durga / white Rangda come down to the earth, He followed by his follower(Sisya).
Her name Waksirsa(Pig).
That will go to enjoy them self and to drus up at the graves, before arrived he told to his follower(Sisya) Kalika(Red Rangda) to check the situation at the graveyard, being enjoy.
Kalika surprised by coming Banas Pati Raja(Barong) and what was happened after that.
Faithing can’t avoid.
Banas Pati helped by his follower(Unying) gaithing can’t be avoid. 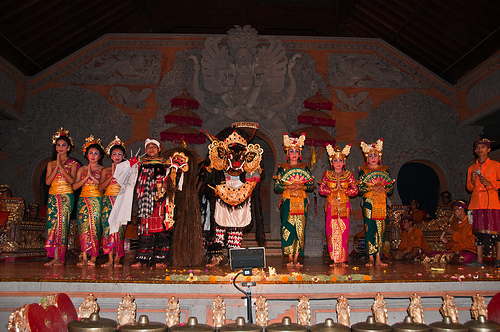 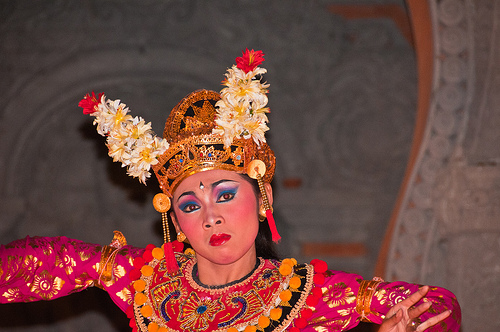