In the New Year January 1, 2013, a group of Balinese performing arts performed in Peliatan. The group named Bapang Sari, a Balinese gamelan and dance group from Japan. This time the participants are both from Japan and Bali. Japan-Bali. They did this performance as a form of tribute and gratitude to their teachers in Bali.

In this performance kadek ferry ( f ) & m (mayumi inouye) join this group. Once, 12 years ago m was a member of musician of Bapang Sari. But this time her old friends ask her to join as a dancer, and f also joined as musician. 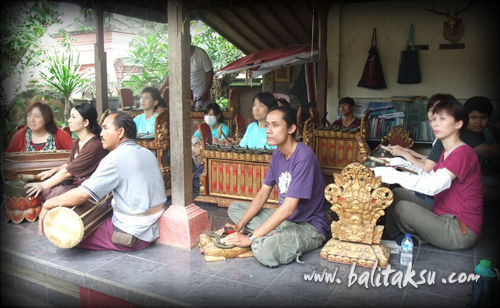 Bapang Sari group is a bit different from other gamelan and dance groups in Japan. Most gamelan groups have their own studio or permanent place for rehearsal, but Bapang Sari do not. When they have a performance, then the members both musicians and dancers come from various places around Japan to meet and perform, as their love into the culture of Bali.

The members of this group are selected not solely on the basis of skills, good skill is not everything, or selected because of famous artists, but they were selected through the eyes of the heart, through the “jodoh”. One of the member invite friend who loves art, has a high spirit of cooperation and mutual help, and so on to form dance and gamelan group. 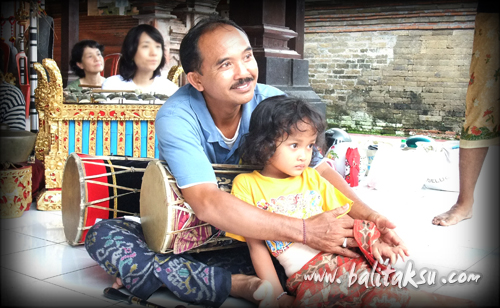 The participants of the performance on January 1, 2013 were the members who come to Bali for New Year holidays, and not all Japanese members can be present. One week ahead to the performance some members had preceded come to Bali. f & m and some other Balinese artists who will also joining, began to merge and gradually rehearse at home of one of their gamelan teacher, Mr. Winaja. 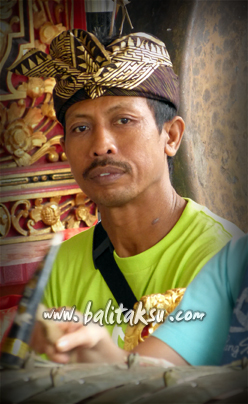 Mr. I Wayan Winaja and his family helping us for rehearsal !!!

The general rehearsals were conducted when all members have arrived in Bali, on 30 and 31 December in the Ancak Saji Puri Agung Peliatan. It was almost rainy every day, was not so good weather. As of this situation there were two stages being prepared, the open stage Ancak Saji, and Wantilan, in Puri Agung Peliatan. 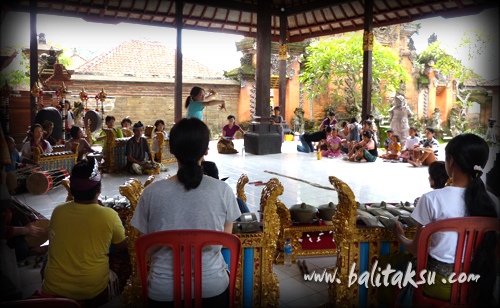 At the peak of the event, January 1, 2013, in the morning the weather was overcast and rain, the last rehearsal couldn’t be done in the open stage. There were fears that the weather was getting worse. But hours before the gig, the sun smile, we welcome him with joy, and began preparing and set-up the gamelan instrument on an open stage. 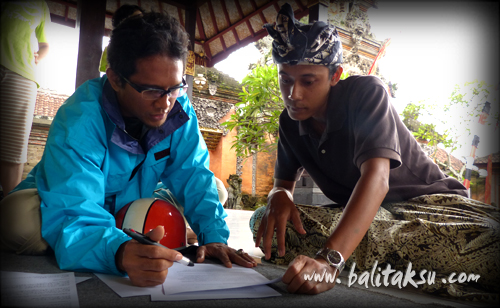 There were many people who help us, began lending gamelan instruments, provided a place to rehearse, dressing place, ritual offering, meals, and provided a huge and beautiful stage Ancak Saji Puri Agung Peliatan, and many other assistance were our value and grateful. Matur suksma! 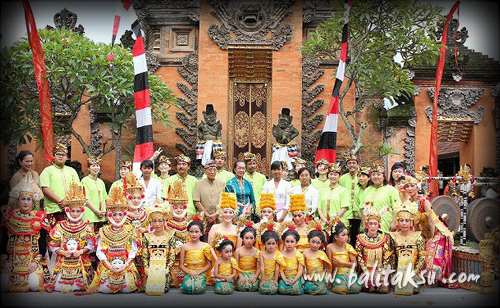 We grateful and thank to the god Ida Sang Hyang Widhi as the performance goes well and smoothly. Just after the performance, and after lift and moving the gamelan, the rain was back down. 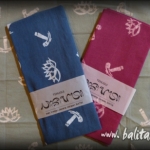 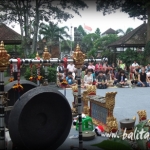 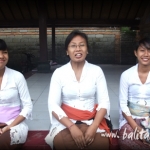 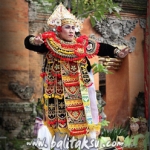 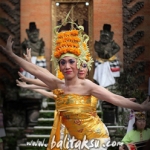 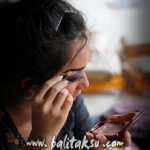 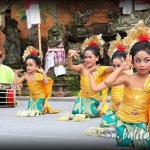 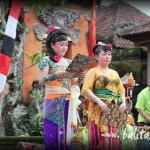 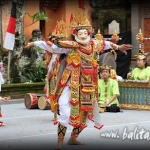 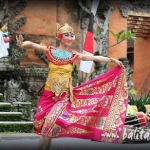 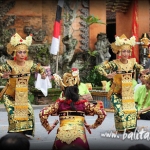 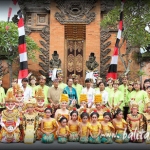 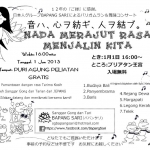